In September 2011, the West London Free School opened its doors to its first cohort of Year 7 pupils. The first day of school was a first of many accomplishments for pupils, staff and parents: West London Free School was the first free school of its type to be approved by, then Secretary of State for Education, Michael Gove, was one of the first 24 free schools opened that September as well as, one of the first parent and teacher initiated schools in the country. 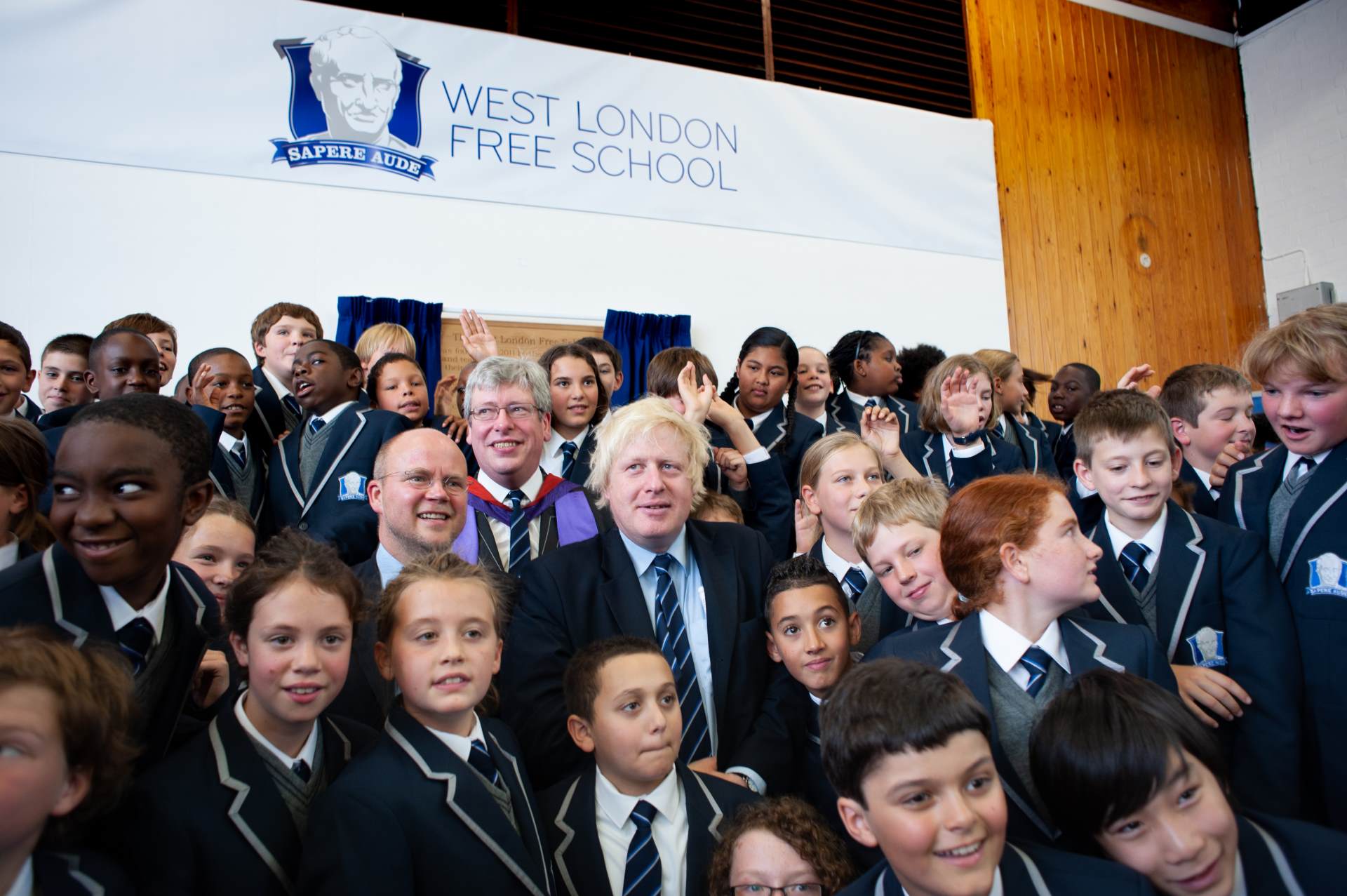 The school was opened by Mayor of London, Boris Johnson. Photography: Eleanor Bentall

The opening of the school was of course especially significant for the founding parents and teachers, who had joined together in the front room of journalist Toby Young’s house and envisioned a school that provided a classical liberal education for all. This vision has carried on within West London Free School through the last decade and built the foundation for the Knowledge Schools Trust, which now includes fives schools.

The foundations of the school date back to 2009, when co-founder Toby Young announced in the Observer that he intended to open one of the first free schools in the country. An email address was included at the bottom of his article and soon parents and teachers were getting in touch eager to be part of the project.

Toby Young recalls, “About 150 people got in touch. I convened a meeting at our house in Shepherds Bush and about 50 people crowded into our front room. All kinds of local parents, West London parents, loving the idea and wanting to help.” From that group 12 key people emerged to become the steering committee behind the project. 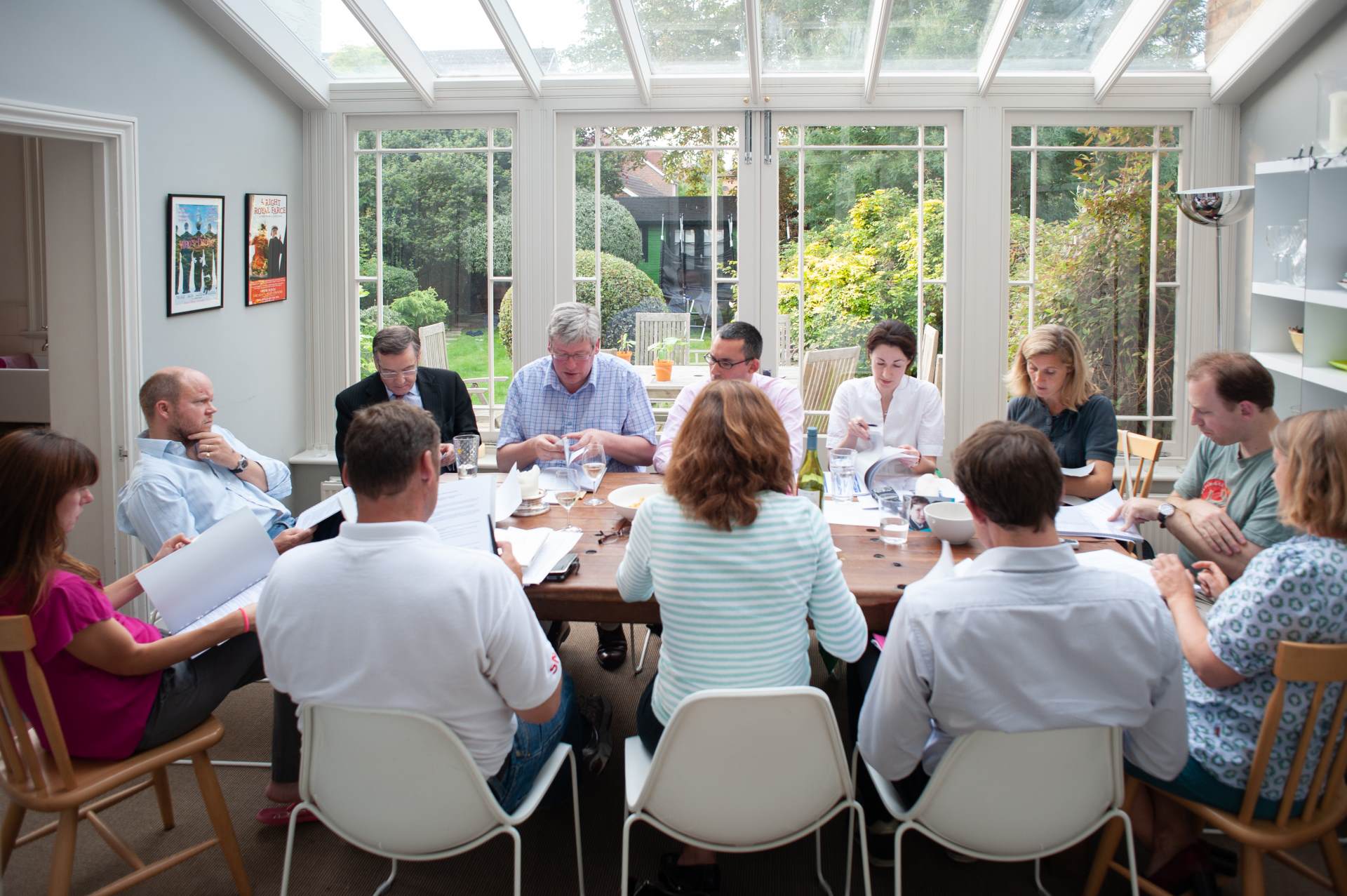 The vision they laid out was “to be one of the best schools in the country, renowned for academic excellence, high standards of behaviour and a wide choice of after-school clubs in music and sport, providing all children with a Classical Liberal education, irrespective of their background”. Its curriculum would go beyond the statutory requirements of the national curriculum or Ofsted’s regulatory framework: it sought to offer a knowledge-rich curriculum that draws its material and methods from the ‘best that has been thought and said’ in both the humanities and the sciences. This curriculum was inspired by the philosophy of E.D. Hirsch who said that ‘knowledge can become a form of ‘mental Velcro’ to which other knowledge can stick’. The school set out to do just that: to provide students with the knowledge required to make reasonable and informed judgments and engage fruitfully in conversation and debate, thus empowering pupils to leave the school with the confidence that comes from possessing a store of essential knowledge and the skills to be able to use it.

The vision of the school’s founders struck a chord with other parents in the community: in its first year, the school received over 1,000 applications for the 120 places available. In its opening year, admissions were selected mostly by proximity, then by lottery for the remaining places, with 10% of pupils selected for musical aptitude.

Music has occupied a special place in the school’s journey, with more than half the pupils learning a musical instrument. The school offers over 350 instrumental and singing lessons a week. 12 music scholars continue to receive priority places at WLFS each year. They also receive free instrumental or singing lesson each week, a weekly theory class before school, membership in the choir and sight-singing classes. The school also hosts a school production musical every two years. Reflecting on the opening of the school, Ed Watkins, Director of Music and founding teacher, stated: “I wanted the West London Free School musical life to be known for excellence, community and joy”. 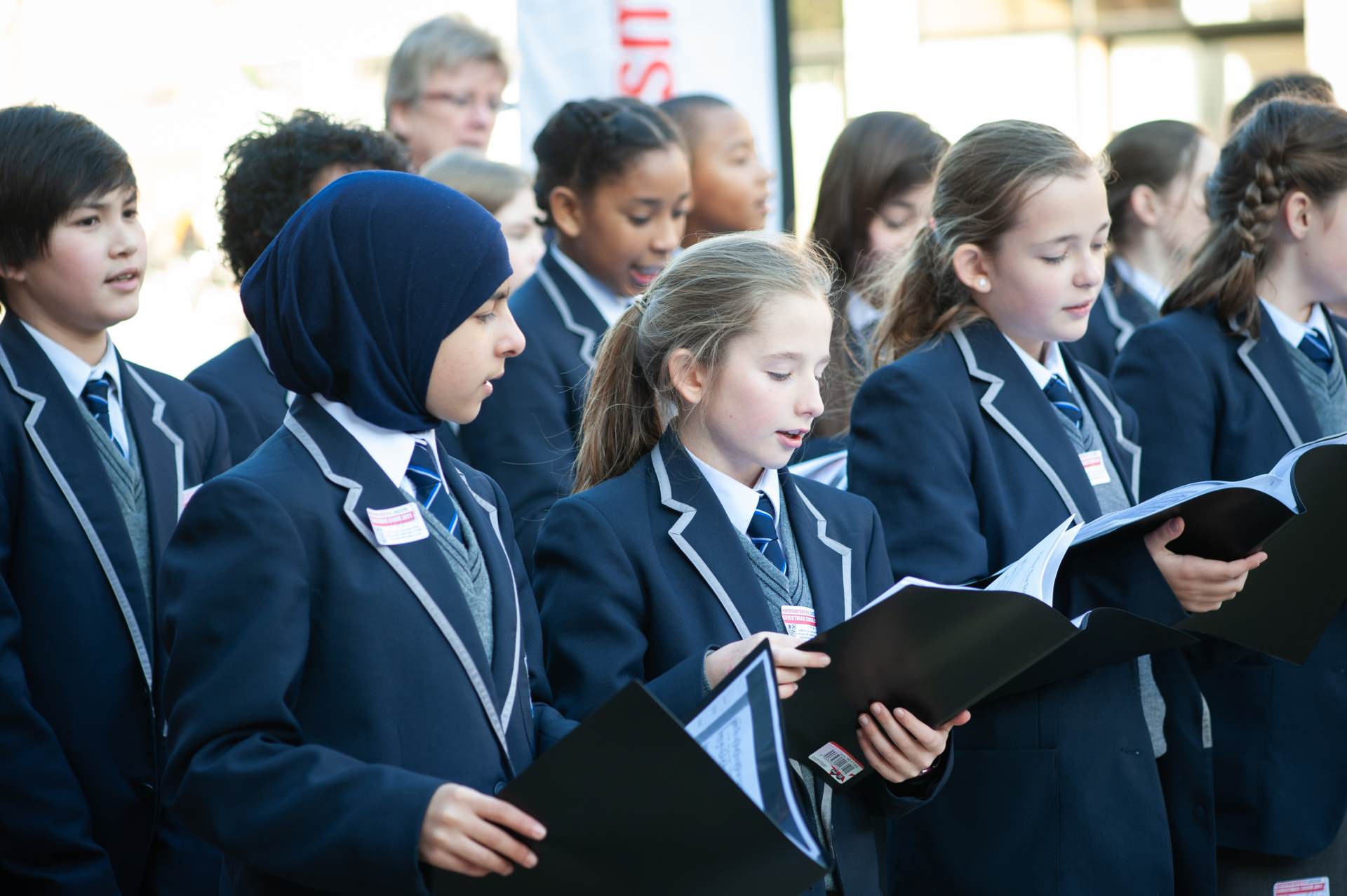 Along with the music programme, the school offers an extensive co-curricular programme, encouraging pupils to develop outside the classroom as well. The programme is central to the ethos of the school. Kathryn Cooper, Co-Founder and Trustee of the Knowledge Schools Foundation Trust said, “The co-curricular programme, supported by the foundation trust, where pupils can choose to do as many clubs they like, has been a great success. It’s mostly funded by financial contributions by parents, and provides pupils with opportunities they wouldn’t otherwise have.”

Ian Hunter, CEO of The Knowledge Schools Trust, said, “It is impossible to attend one of our pupils concerts or end of year art shows and not be blown away by the incredible level of attainment and accomplishment. The team have been resilient and flexible and when something hasn’t worked we have consulted, taken advice and made the right changes. Our initial GCSE and A-level results were strong and have improved rapidly. We now get outstanding GCSEs and our percentage at the top A* to A grades at A-level are above national average. Every year we get the vast majority of our sixth formers into the top universities in the country, as well as some of the best institutions to study music and art.” 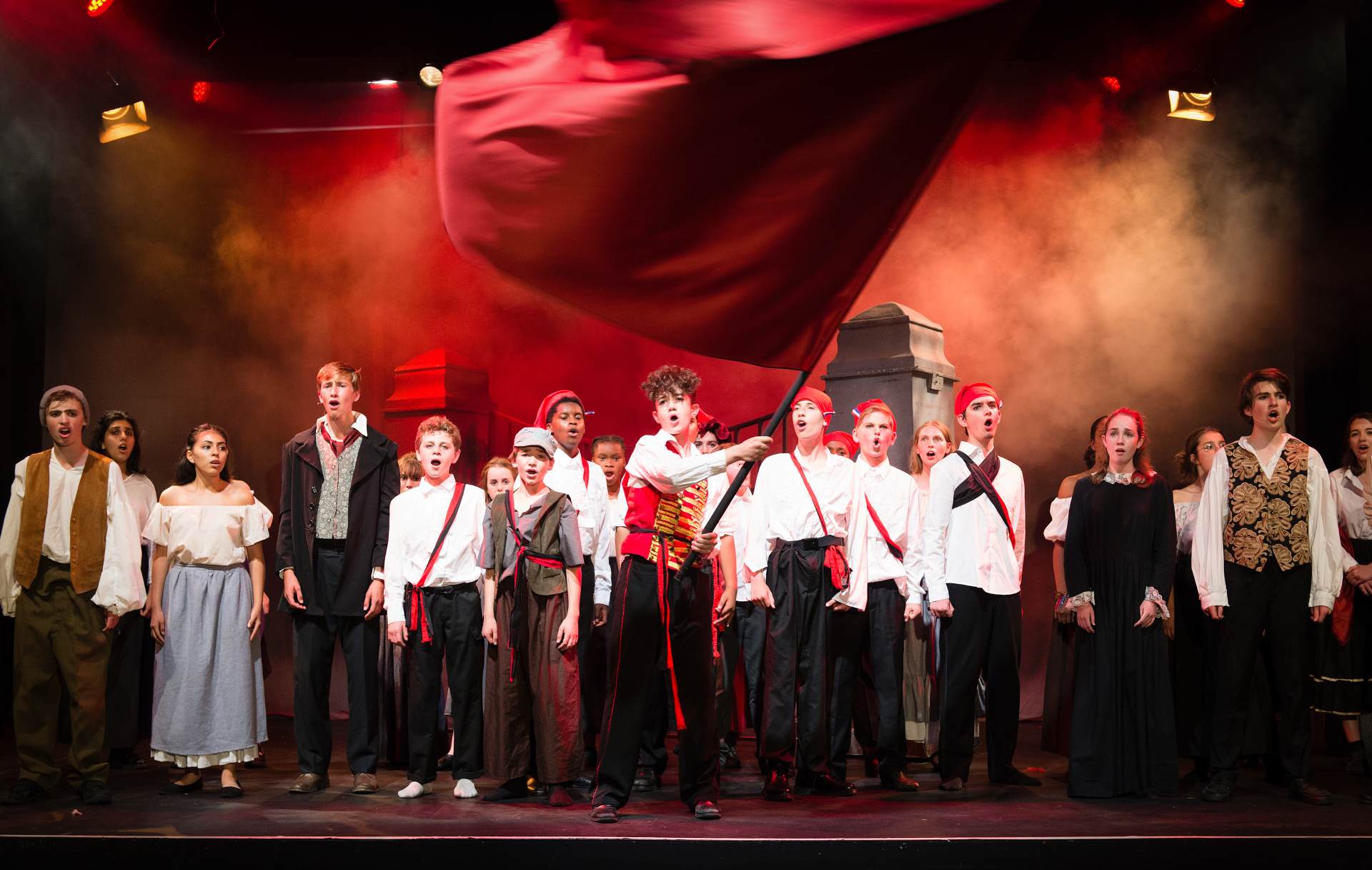 “The curriculum vision is flourishing.” Robert Peal, Joint Headteacher, added, “We’ve played a significant role in national debates. Textbooks and resources first developed in the school are being used in classrooms across the country. And our teachers are advising the government on model curriculum for national use.”

While the school offers a wide-ranging curriculum, both inside and outside the classroom, there is a great focus on the atmosphere within the school. Joint Headteacher, Ben McLaughlin said, “We offer a calm and caring community, with a strong emphasis on individual and collective responsibility. A big thank you to staff for their compassion and dedication in delivering this.” He added, “What have we learned? Well, we’ve learned that good behaviour is vital but so is a sense of belonging. We all know how important it is to feel valued. That is a cornerstone of what we are building at the West London Free School. We have good reason to be proud of the work we have done so far, but we’re also hungry for improvements and excited about making them. We hold the bar high for all our pupils. We’re ambitious for them because we know what it takes to build long-term happiness in life. It takes kindness, hard work and high standards.” 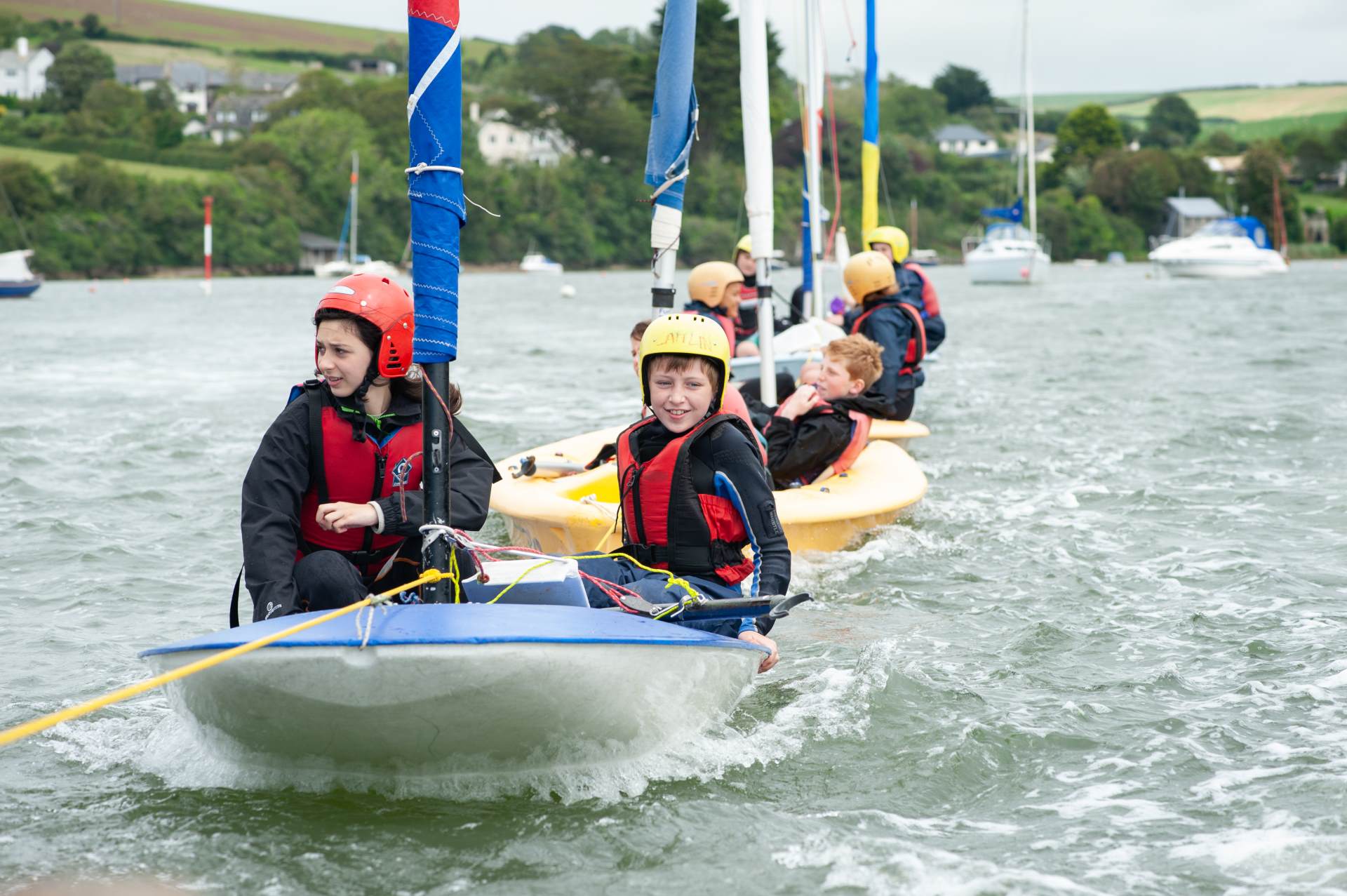 Following the success of the school, the founders sought to share the vision with the wider community and through different stages of education. Within two years of the secondary school’s establishment, West London Free School Primary was opened in 2013, followed by Earl’s Court Free School Primary in 2014, and then Kensington Primary Academy in 2016. The Knowledge Schools Trust most recently brought Edlesborough Primary Academy into the trust in 2020. The trust has also been approved by the Department for Education to open a secondary school in the city of Cambridge.

For Toby Young the success of the school and its foundation have been incredibly satisfying and great source of pride. He said, “It’s been fantastic to play a part in the creation of what’s become an institution and a linchpin of a trust that doesn’t just have five schools in it, but has a wider presence within the educational world through the work of Robert Peal, with his textbooks, Ed Watkins on various [educational] committees… I think we’ve also played a leadership role within the free school movement, helping persuade other parents that it can be done.”

“A decade has seen the birth and foundation of a great institution. It’s also been a deeply personal journey for myself and others.” Suzie Hobart added, “I believe its an experience that’s as enriching for those that give, as the institutions they serve.”